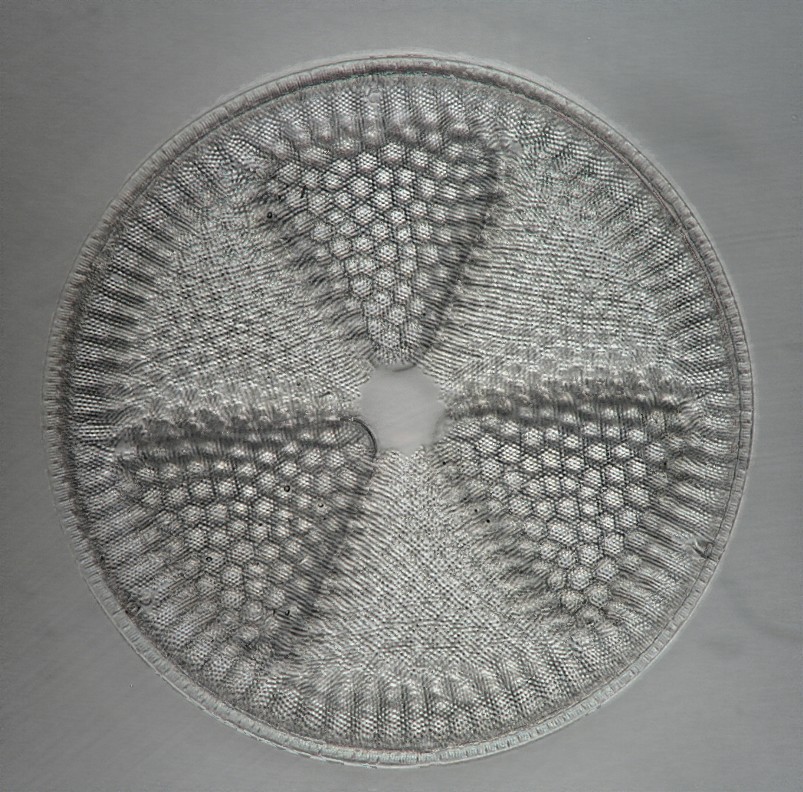 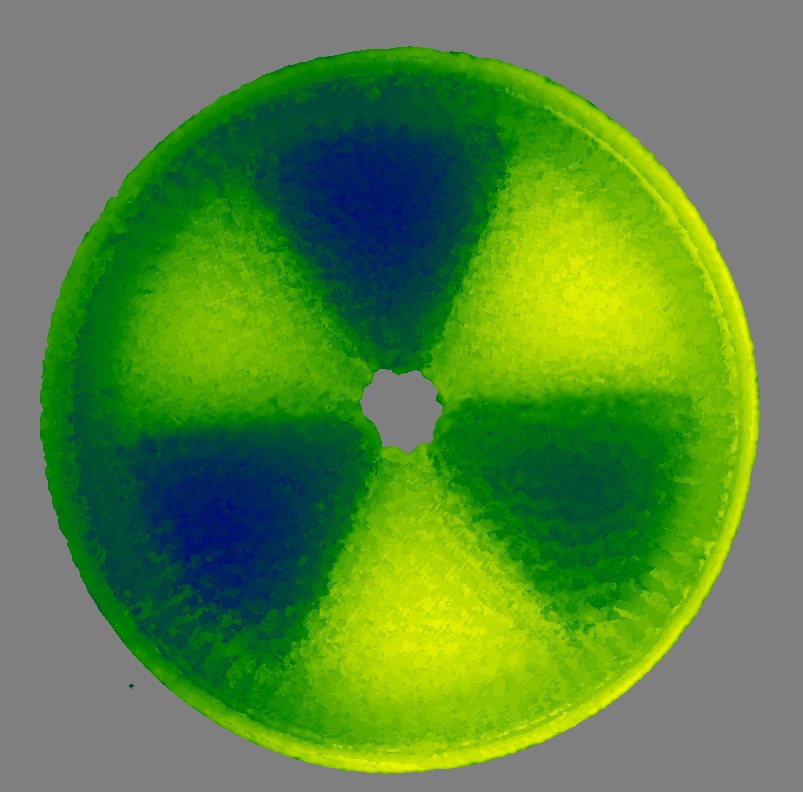 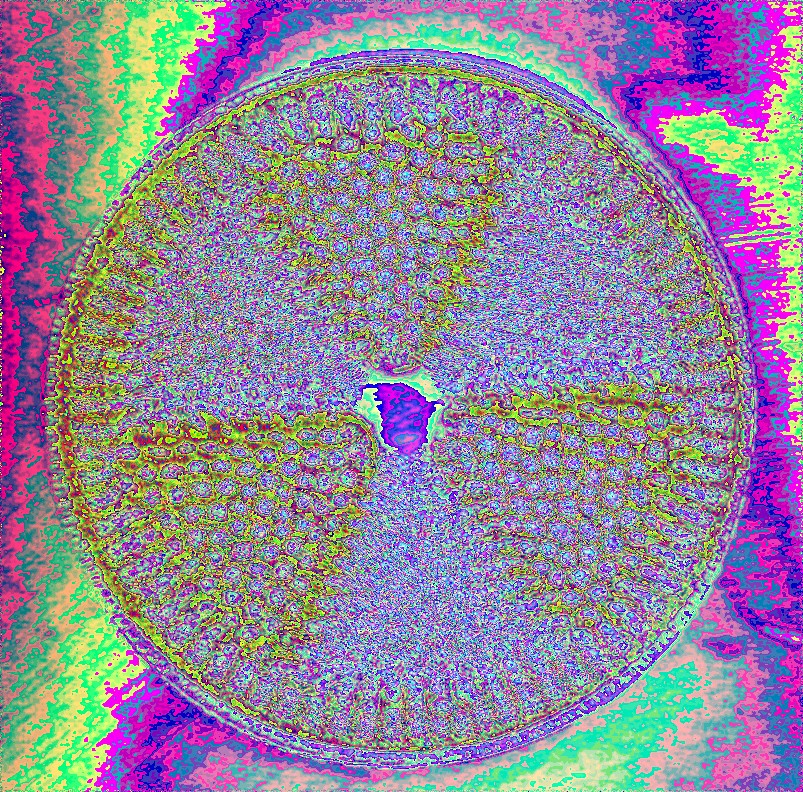 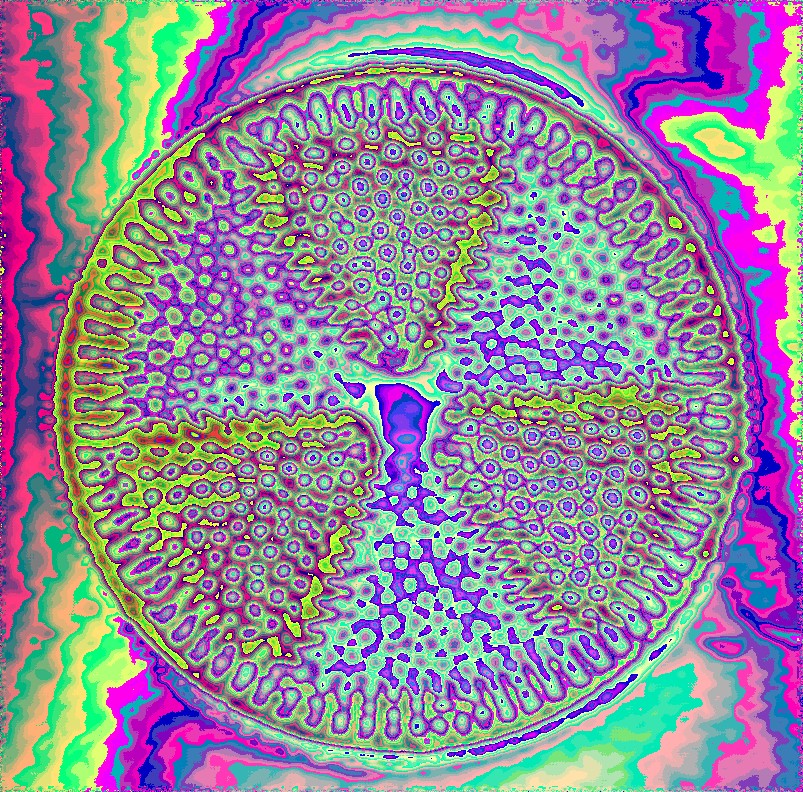 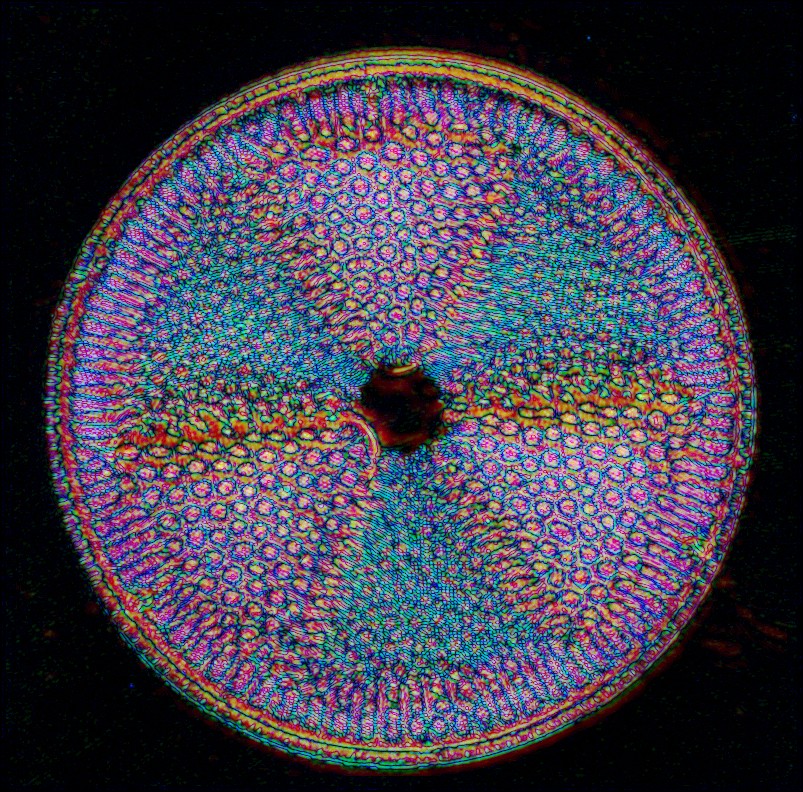 Algorithms in object space are normally categorized into two different classes of methods: the point-based methods, where pixels with the same x,y-coordinates are compared with each other along the z-axis to be selected upon a maximum or minimum selection rule [10, 11] and neighborhood-based methods, where the neighborhood of each pixel is taken into account to identify in-focus areas [12,13]. Picolay [8] intuitively combines both approaches and implements an edge detection procedure, for identifying sharp areas, that can be summarized as follows.

Although not important for IRM in the first step the RGB values are combined to a weighted greyvalue with the ratios: red 30%, green 59% and blue 11%, to respect the spectral sensitivity of the human eye. In the next step for each pixel m the micro-contrast (MC) is evaluated, which is the summed variance to the next neighbors, forming horizontal, vertical and diagonal pairs, which can be written as : MC = Σi ((ni,l - ni,r) – m × 2)

Where ni,l and ni,r denote the left and right next neighbors of m as well as up and down for the vertical pair of neighbors. In the next step the contrast map, C, is calculated. Based on the micro-contrast values of the neighboring pixels it is calculated as a weighted sum over the neighboring MC values: C = µ × 32 + Σαi × 2 + Σβi × 2

Integers are used as weighting factors to improve processing speed. For better understanding the procedure for calculating micro-contrast and contrast, the involved matrices are visualized again in Figure 3, respectively.

Having calculated the contrast map in each layer a threshold can be applied. Pixels above this threshold are compared along the z-axis. The pixel with the maximum contrast is allocated for the fused extended depth of focus image.

Picolay has proven to be a fast and efficient edge detection algorithm, however difficulties arise when it had to deal with larger in-focus areas, due to lack of contrast. Resizing the various matrices for micro-contrast and contrast reduces artefacts, however at the cost of resolution. A more elegant solution to overcome this problem, without loosing resolution, is to downscale the image in a first iteration. The contrast map is expanded again after processing and compared with the result of the normal-sized image. In case the difference in contrast is higher than a threshold, the pixel value from the downscaled image is allocated.

For comparison a color based stacking algorithm is implemented which can be categorized as a point-like method. In this approach it is looked for the pixel closest to the target color at a given x,y coordinate. This algorithm works well with images of high contrast, as in the ideal case the filaments appear as black on a white background. Therefore it is probably the fastest approach possible and is especially suitable for high resolution images. " bildtext heraus genommen .